The Bills Have Cut Nathan Peterman

During the news cycle on Monday I was browsing through Twitter when I ran across the tweet that everyone has feared most:

The Nathan Peterman experiment is officially over. It was quite the ride, I’ll say that.

The Buffalo Bills have had a hard time with decision making, in general, since…well…forever. The organization continually stumbles all over itself like a drunk 21-year old, coming out of the club at 3am in Vegas.

The Bills have been unable to settle on their QB situation, mostly because they can’t get out of their own way. The Bills signed Tyrod Taylor to a 3 year- $3.35 million contract in the spring of 2015. Tyrod was named the starting QB of the team heading in to the season.

Suffice to say that the results were mixed for Tyrod Taylor, but everybody outside of the Bills organization saw him as a viable starter, assuming that he could stay healthy. The Bills treated Tyrod Taylor like garbage, however. They purposely sat him in order to keep contract incentives from kicking in to play, which cost Tyrod a sizable amount of guaranteed money.

Enter: Nate Peterman. Nathan Peterman was randomly named the starter over Tyrod and TJ Yates in the final preseason game of 2017, due to both QBs going down with concussions. Taylor returned, stunk up the joint, so the Bills named Peterman as their Week 11 starter. Nate went on to throw 5 interceptions IN THE FIRST HALF, before being shelved for Tyrod.

Nathan Peterman went on to start several more games in 2017 and, took the reins in 2018 with the departure of Tyrod (traded to the Browns). The Bills drafted Josh Allen with the 7th overall pick in the 2018 NFL Draft. The team clearly hoped that they could ride Nathan Peterman until Allen was ready.

The Bills, two weeks ago, brought in Matt Barkley, who they announced would start against the Jets. Barkley threw for 232 yards, two TDs and no interceptions. Even though we’re talking about playing the Jets, those stats are still better than anything that the Pete-man put up.

Sean McDermott stated in his press conference that Josh Allen will be the starter, when healthy. This, sadly, leaves no place for Nate Mc-Pete-ster.

The team announced on Monday that they have officially released Peterman. Nathan Peterman played 8 games, threw for 3 TDs, and 12 interceptions. He carries a QB rating of 32.5. In comparison, Drew Brees currently carries an 86.1 QB rating.

Nate Pete was never meant to be an NFL starter. He barely had any business being on a practice squad. He came out of nowhere. And it was so much fun to watch.

I mean, come on…the Bills literally sacrificed a guy right in front of our own eyes. 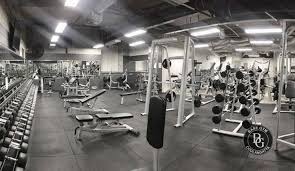